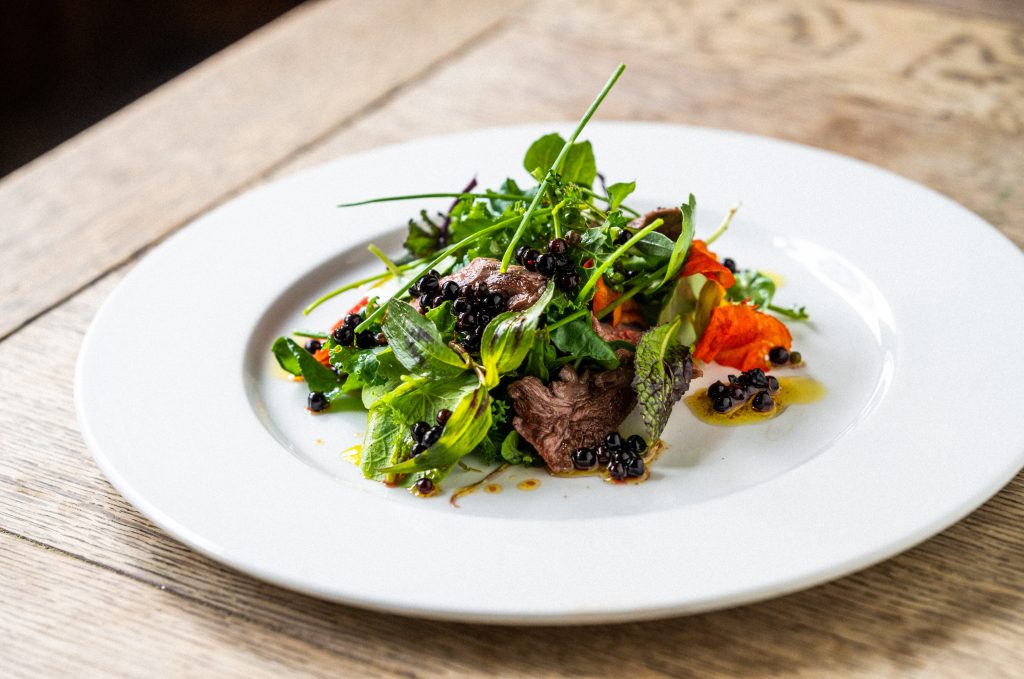 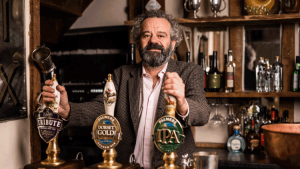 The Great Game Guide caught up with celebrated chef Mark Hix to talk about game at his Dorset pub The Fox Inn at Corscombe. Game, it turns out, is a favourite of both kitchen and dining room.

When asked how game featured on the menu at The Fox Hix’s answer was typical: “All sorts, really.” That turned out to be the tip of the iceberg. What was fascinating listening to Hix reel off his favourites was how diverse the styles were. There were classics but always with twists and also mention of Asian and Oriental influences which, as we are hearing elsewhere, goes really well with game.

However, none of his creations were in any way alien to his customer base who are fans of his style and simplicity. A classic Mark Hix menu will always tempt you in different directions and is always underpinned with his now much copied mantra of no more than three different ingredients in any one dish.

“We get local venison,” Hix began.” Red deer and roe deer as well as the occasional muntjac. We do a keema curry with the shoulders and varying curries with deer chops which alternate with a mutton curry we do.

“We do venison liver with soft polenta and chanterelles and a sea buckthorn sauce as well as devilled venison kidneys. Oh, and not forgetting a game faggot which always goes down well.”

In the hands of a really good chef like Mark Hix and his head chef Lee Streeton game starts to come alive. It was so refreshing to hear these dishes being reeled off. None of them seemed forced. It was a case of using up everything but always in imaginative and delicious-sounding ways. 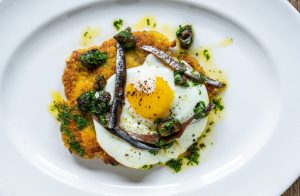 “When it comes to birds we have got pheasant on at the moment,” he continued. “We do a pheasant breast Holstein – breaded and fried with a fried egg and pickled walnuts instead of the usual capers that go with a classic escalope of veal Holstein.

“But, we don’t forget the thighs. For these we do a Korean fried pheasant with a crispy batter and sesame and we served that with Vietnamese coriander which we grow in the garden.

“Whatever bones and trimmings we have left we turn into a game broth with spelt. Or a pheasant, chanterelle and chestnut broth that will be on the menu at Christmas. A recent hit has been partridge stuffed with truffles, but we are about to come into pie season now. There will definitely be a game pie of sorts and a deer hotpot with pickled red cabbage.

“Our customers love game. We’ve got some grouse coming down from Scotland – there’s very little of it about. I’m looking forward to the mallard and teal. We haven’t seen any hare yet but I’m sure it will turn up before too long.

“Pigeon will also be on the menu soon – in a salad with a bramble dressing. We grow all our own leaves in the garden, some traditional and some vintage like purslane. It makes our salads more interesting.”

For more information on The Fox Inn, visit www.thefoxinncorscombe.co.uk