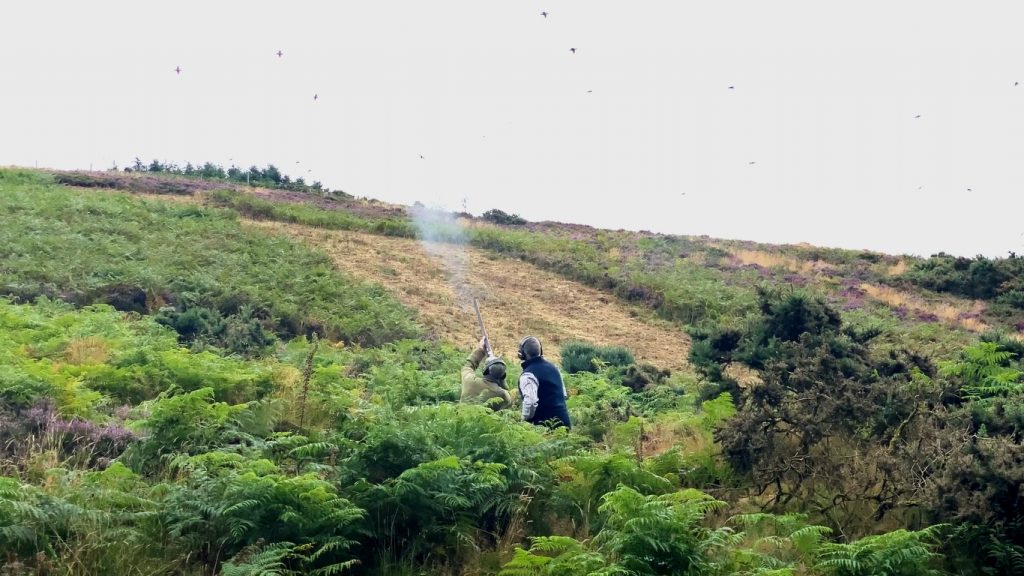 It’s Time for Partridge – And We Were There!

Partridge season started on the 1st September and we watched the season start in style at Lillycombe Estate In Somerset. Lillycombe has been voted one of the top shoots in the UK over the last few years and it soon became apparent why.

The shoot started at 09:30 with the guns, guests of estate owner Rupert Martin, gathering in the car park of his pub, The Culbone Stables Inn, to draw lots for who shoots where. There were 9 pegs up for grabs and a tenth, floating.

The morning promised some excellent shooting on the first day of the season with partridge the main event. Pheasant doesn’t start until October. We followed the group down into a narrow valley at the base of a steep hill from which would appear the first of the driven birds.

A brief chat with estate manager Ian Baldock revealed that the birds had been hatched in early April and delivered to the estate at the beginning of July. They were French red-legged birds and he was very happy with their provenance and they had been given no medicine of any kind since arrival and were fed a plant-based diet.

“We’ve moved away from seafood pellets,” he told us in a break in the action. “It doesn’t fit with how we want to rear our birds. We go to maize a little later to given them a little more oomph in flight. Some shoots like to drive them at 16 weeks but we prefer 21. They’re not ready before then and they fly faster. We sell the birds on to Willo Game.”

We watched 3 drives and the birds were plentiful and fast on the wind. There were plenty of “cleaning up” gatherers (or picker-uppers) with their beautifully trained gun dogs (mostly Labradors and Cockers) to pick up the shot birds. 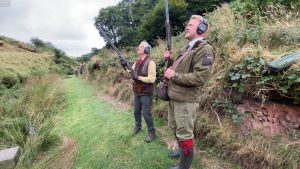 All in all, it was everything you would expect from a top shoot. There was scenery aplenty, enough wind to make it interesting, a bit of chill, some serious off-road vehicles, very expensive-looking shotguns and some impressive tweed. It’s important for chefs that cook partridge, and other game, to know where the birds they buy have come from and how they have been raised and killed.

Shoots like Lillycombe are commercial, make no mistake, but they are also local employers. We chatted to many of the loaders, the people who reload the guns as they empty their chambers, and they were local farmers who work shoot days to supplement their income.

Our morning at Lillycombe was evidence that the top shoots are concerned with the welfare of the birds and the end-product is well-looked after and treated with the utmost of care, before entering the food chain.

It’s Time for Partridge – And We Were There!