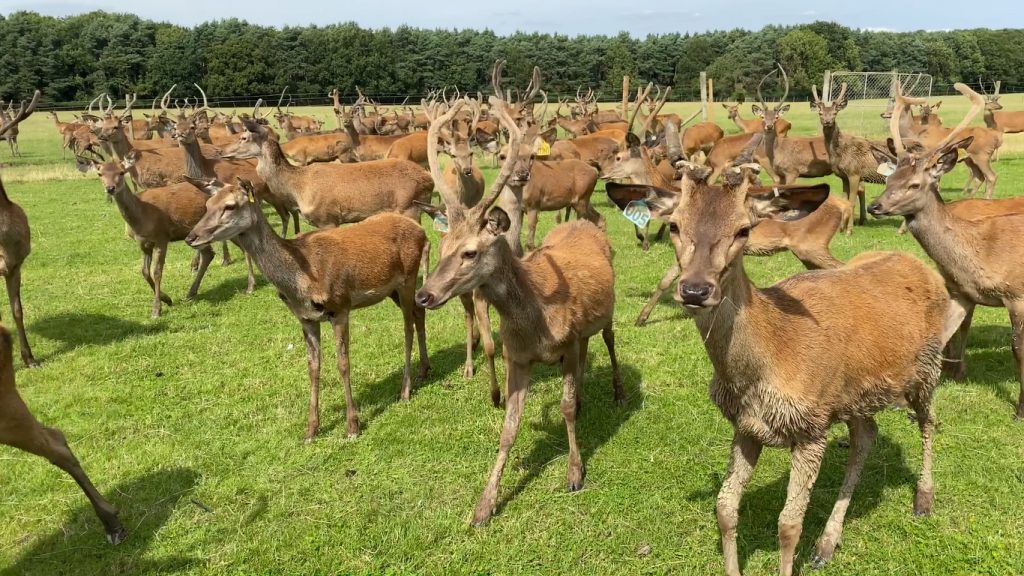 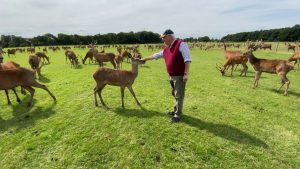 It turns out there are numerous forms of deer and they are all labelled as venison. But do you know your wild from your park? Or you fallow from your red deer? I must confess that before I went to spend the day with Nigel Sampson of Holme Farm Venison, based between Leeds and York, that I was one of the many who didn’t really understand the difference between wild and farmed deer.

One of the delights of venison is that it is so diverse. There are several major species at large in the UK and the meat from them differs during the time of year. But add into that the differences between wild, parkland and farmed deer and the possibilities grow considerably.

Many chefs I have talked to have a deer favourite but the majority would be surprised that there are so many variations of even a single deer species.

Nigel Sampson kindly arranged to take me to see the deer in the park at Harewood House outside Leeds – the ancestral home of the Earl of Harewod. This was a fascinating experience and demonstrated that though the deer are fenced in, albeit over a huge acreage, they are still wild. However, there’s wild and wilder still.

It is certainly true that truly wild red deer, for example, are mostly found in the Highlands of Scotland. These magnificent animals roam completely free and are culled throughout the year. Being truly wild they are often on the leaner side – which is a characteristic that many consumers and chefs prefer.

But, below this are the red deer of places like Harewood – old-school deer parks that have been in existence for centuries. There used to be 3,000 deer parks in the UK but there are considerably less today.

The difference here is that the deer have enough of what they need to make a good quality carcass with enough fat to make them prime. That is, ostensibly, the difference. The truly wild will have a different flavour that comes from their diet. But, the parkland red deer come very close – only their diet is possibly more plentiful. 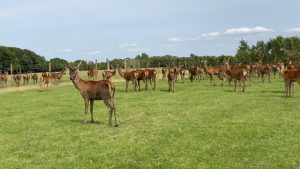 At Harewood we saw both red and fallow and you can see them in the film and listen to Nigel Sampson explain the differences. What I learnt is that though there are more than two species of deer – only red and fallow can be successfully herded together in a park setting.

That leaves farmed venison. After Harewood we went to see Nigel’s own deer farm and learn about the meat the deer produce. We saw a herd of Red Deer that were grazing in generous, fenced, fields and were in perfect condition.

This, explained Nigel, is what farmed venison is all about. There is no difference in the quality of the deer. They are still what could be described as free range. They are free to enjoy the expanse of terrain where they live and are not housed in any way. The result is a prime carcass.

With that in mind it is up to each individual chef to decide what level of venison he or she wants to serve. Sometimes a farmed shoulder of red deer, with its increased fat content, is going to make a juicier stew. But, then again, a wild loin of fallow could offer something different. With venison the quality can be assured. It’s just a question of taste.